The Pool Frog (Pelophylax lessonae) is a rather large, cumbersome frog which occurrs in small numbers in

It is one of only three amphibian species recognized by the UK government as protected under its Biodiversity Action Plan. The reasons for declining populations are decreased pond habitat from human encroachment and also air pollution leading to over-nitrification of pond waters.

The Pool Frog has not always been recognised as a native British species. Part of the reason for this is that other similar species are known to have been introduced. However research has now shown that there was an origianal native origin in Norfolk.

The Herpetological Conservation Trust website states that "The Pool Frog was formerly recorded from two sites in East Anglia although it was lost from one of these in the middle of the 19th century. It was presumed extinct in the wild at the last remaining site by 1995. A single individual known from this population survived in captivity until 1999. Other populations have become established in the UK and it is known that some of these included individuals of British origin in their founding stock."

An English Nature reintroduction project is underway in Breckland. 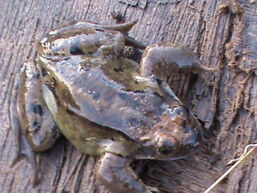 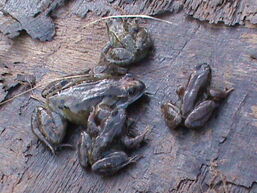 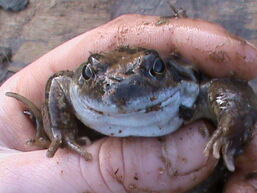 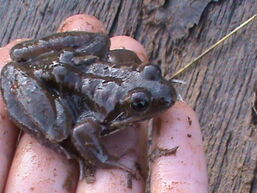 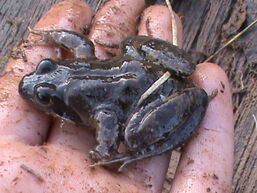 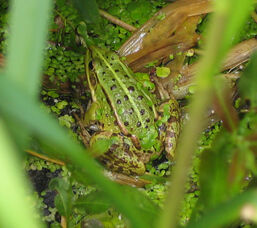 Pool Frog-Wikipedia
Add a photo to this gallery
Retrieved from "https://the-british-reptiles-and-amphibians.fandom.com/wiki/Pool_Frog?oldid=4712"
Community content is available under CC-BY-SA unless otherwise noted.